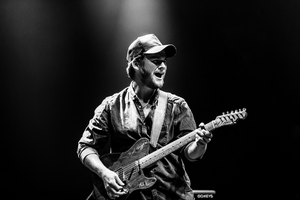 For fans of his late, legendary father, country music great Merle Haggard, his youngest son Ben is no Stranger – in fact, he’s been the lead guitarist in Hag’s longtime band of the same name for the past eight years, since he was 15 years old, fitting in easily with veterans like musical director Norm Hamlet and Scott Joss.

Ben was a regular on Merle Haggard’s recordings, took the stage with him and the Highwaymen (Willie Nelson and Kris Kristofferson) as well as Blake Shelton for a memorable performance at the 2014 Grammys and for the 2012 “All for the Hall” show besides two of his idols, Vince Gill and Keith Urban. Earlier this year, Ben was featured with the Strangers backing Toby Keith for a Merle tribute on the nationally televised American Country Countdown Awards. He also contributed versions of “Mama Tried” and “Sing Me Back Home” to 2014’s Working Man’s Poet: Tribute to Merle Haggard album which also featured Toby Keith, Jason Aldean, Jake Owen, Luke Bryan, and Dierks Bentley. 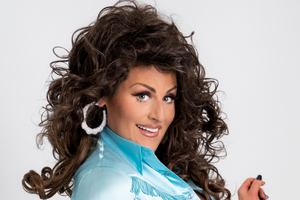 From engaging over 1.4 million TikTok Followers with her “Stand By Your Pan” viral cooking and music series, to her breakout single release with “Girls Call The Shots” earning her critical acclaim by Rolling Stone and Billboard, Hannah Dasher is proving that she knows exactly who she is, her music is as authentic as her homemade recipes, and people want more of it!

No stranger to the hustle of the road, Hannah has opened for many of her heroes such as Hank Williams Jr., Lynard Skynard, and Reba. Spending a little time listening through her releases and following her on social media, and you understand just how she earned her nickname “Hannah Damn Dasher.” 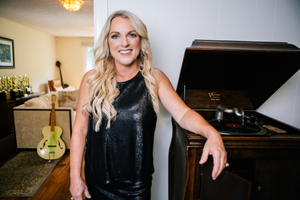 Rhonda Vincent is a firecracker of talent that powers one of the hottest bands in any genre of music today. From humble beginnings in the tiny town of Greentop, Missouri, Rhonda’s musical heritage traces back 5 generations of the Vincent family. Her dad would pick her up from school each day, and they would sing and play till dinner. After dinner, friends came over, and they would sing and play till bedtime.
She began her professional music career singing in her family’s band The Sally Mountain Show.
Rhonda’s life of music evolved into a successful career in bluegrass music; after being discovered by Grand Ole Opry Star “Jim Ed Brown,” and later spending what she calls her musical college years recording for Giant Records; and learning about the music business from Nashville’s best like James Stroud, Jack McFadden, and Stan Barnett. Her powerful vocal style transcends the boundaries of bluegrass music, as evidenced in her collaboration with Dolly Parton on the Elton John / Bernie Taupin Tribute Project “Restoration” 2018. 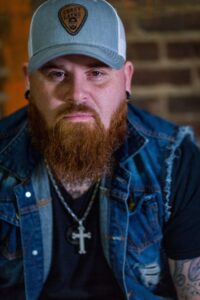 Corey Layne’s East Tennessee roots have greatly influenced his music as a country singer-songwriter. Inspired by his grandfather who had played the Grand Ole Opry, Corey’s music is heartfelt and emotional. His work covers the gamut of personal struggle and loss – to finding happiness and love. His original music inspires the listener with the resounding sincerity of his genuine vocals and searing lyrics. Corey has just released his latest single, “Searchlight,” and his new album, ‘Bend, or Break.’ He recently made his national television debut on the popular RFD Network show, ‘Larry’s Country Diner.’”